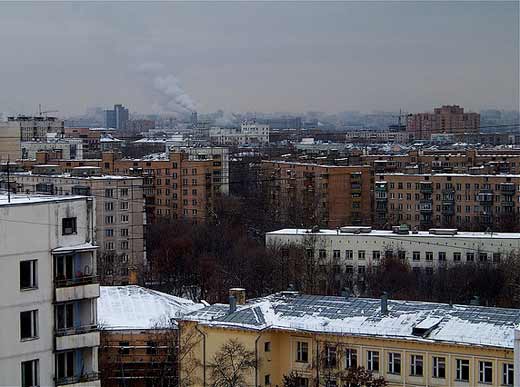 The act of traveling can be challenging–you have to deal with a new language, geography, customs and currency, typically all at once.

I consider myself fairly well traveled and open-minded, but let’s face it, sometimes you visit a place and it just doesn’t resonate with you. Moscow was one of those places for me.

Here are 6 reasons why I won’t be going back to Moscow anytime soon.

1) The language is really tricky

Russia follows the Cyrillic Alphabet, which was invented during the Byzantine Empire back in the 10th century. That means, a long time ago.

When words are pronounced, your brain can process the auditory sounds and even picture the word, but when you walk around the city all the signs are in Cyrillic, leaving you lost in a sea of backward R’s (я). This makes finding anything frustrating, especially for the newcomer.

Trying to decipher Russian train schedules isn’t as easy as you think. Photo author’s own.

The metro stations are worth seeing as a tourist attraction in themselves, but good luck if you actually want to get anywhere. You can find signs at the main platforms in Cyrillic, which is all well and good, but once you get on a train, none of the station stops have signs.

There are little maps you can follow along with on the trains, but if they malfunction you’re on your own.

Russian train stations can be even trickier to navigate. Photo author’s own.

3) Smiling is frowned upon

The friend I was traveling with said it perfectly: “When you smile here, people look at you like you’re an idiot.” Surprisingly, turning up the corners of my mouth to greet people was not the norm here, so I ended up walking around with a frown on my face.

Later, my friend pointed out that smiling too soon before you know a Russian person is considered obscene. You know what’s obscene in my opinion? When you smile at someone and you receive a scowl in return!

Why the long face? A sullen-looking woman at a Trans-siberian stop. Photo author’s own.

4) Drunk in the day is normal

It had to be two in the afternoon when some friends of the hostel owner where I was staying decided to break out a bottle of whiskey and drink in the reception area. I understand culture is culture, but it doesn’t instill confidence when you’re a traveler arriving for the first time at a hostel and it reeks of booze.

5) The forecast: somber with a chance of depressing

I arrived in mid-September, which in many places is still Indian summer. Not so in Moscow. I encountered endless gray days splattered among gray or brown buildings, and chilly winds that cut through any coat not made of goose down or heavy wool. It was so cold, I really thought my skin would fall off.

Any inspiring architecture was minimal, and coupled with the language challenges and the ‘no smiling’ policy, I found the overall culture to be somber and unwelcoming.

Winter in Moscow might look pretty but it gets old fast. Photo by SergeyRod

6) Getting lost is not fun

Many travel blogs recommend that you get lost on purpose because doing this can open the door to wonderful discoveries. At one point during the trip I had to rush and pick up train tickets before the travel company’s office closed by 6 p.m. It sounded easy until I ventured into an area that didn’t resemble anything close to where an office building might be located.

Endless apartment buildings spanned for blocks until out of nowhere, the office building finally revealed itself. I arrived heaving, sweating, grumpy and late. The layout of the city is nonsensical, which can cause a navigator to get lost without the fun factor and become very, very frustrated.

The streets are so confusing. I wonder if soldiers get lost too? Photo by tinau bao

Needless to say, I won’t be giving Moscow another try in the near future. Which foreign city did you try to like, but just couldn’t? Sound off in the comments below!

Note: Tripbase is respectful of all cultures and countries. We embrace the cultural differences that make traveling the world so fascinating. The views expressed in this article are the personal opinions of the Author based on her individual experiences and impressions.