Want to read something both profound and moving on your next trip? Here are eight novels that will get the tears rolling. 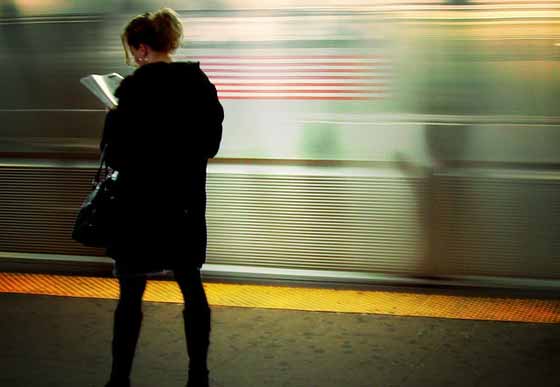 Certain books have an uncanny ability to take us around the world, even whilst sitting in the same armchair ingesting the entire volume.

It’s even more exciting to have a good book with you when you’re traveling to new destinations, particularly if the book educates you a bit about a place before you arrive there.

Novels often provide a plot line that includes joy, sorrow, pain, and pleasure, but there are some books that go well beyond the average sadness-threshold, shaking you to your very core with their stories. Those novels deserve special recognition for the impact they have.

Warning – be sure to pack an ample supply of tissues if you decide to read any of these books on your next trip:

The only thing more gut-wrenching than the book: the film.

Still relevant today, as it chronicles the tumultuous political changes in Afghanistan over the last several decades, The Kite Runner tells the story of two young boys from opposite classes who forge a special bond of friendship.

One event changes their lives forever, and Amir, the main narrator, must deal with his guilt by returning to Afghanistan after settling in America.

During this trip, he is forced to witness the impact of Taliban rule. Grittiness and beauty both define this book, which is bound to move you from beginning to end.

Lose yourself in the pages of this short, but brilliantly written, tragic tale.

This classic tale of two working-class men who balance each other out–George is a small, intelligent but insecure man, and Lennie is a gentle giant who is mentally handicapped–is rife with the hardships of being a day laborer in the 1930s.

The American dream is hard to come by for these two men, and the loneliness of the characters is palpable.

This story gets deep into your soul even before its tragic ending, and at 118 pages, its a perfect read for a short flight.

You’ll never look at Ireland in quite the same way.

If you’ve ever wondered what it was like to grow up in Ireland during the 1930s and 40s, Angela’s Ashes explains the experience in detail so rich that you will be moved, heartbroken, cry with laughter, and laugh while you cry.

Author Frank McCourt’s memoirs reminisce on his family’s struggle for every crust of bread while his father drinks the meager earnings his large Catholic family earns.

The literal dampness of Ireland comes through the pages, from his home always flooding in winter to the damp air that brings sickness to the family.

4) THE AGE OF INNOCENCE

To conform or not to conform? No pressure, Newland.

As The Age of Innocence exemplifies, to not follow the norms of high society in late 1800s America (including essentially arranged marriages), getting divorced, or being a single woman meant being ostracized by society.

Also, following your heart when it came to love–whether man or woman–rarely occurred.

Newland, the main character through which we witness passion and desire grow, is essentially doomed to convention, though it is obvious it’s his choice to break out.

Does he go off with the dashing Countess Ellen Olenska, or does he stay secure and bound in his marriage to May?

5) ONE HUNDRED YEARS OF SOLITUDE

Keep the tissues handy for this epic tale of love and war.

The book, One Hundred Years of Solitude, actually does follow 100 years of the Buendia family and the town they settle in Colombia, Macondo.

Steeped in magical realism, this book takes you through years of war, obsessions, love, and solitude.

Be sure to mark the page that contains the Buendia family tree, as you’ll be going back to it often to keep track of all the characters. This book will keep you glued to its pages throughout your trip with its epic tale.

Probably the biggest tearjerker on the list, but the story is great.

Possibly the most well-known “choice” made in literary and cinema history, Sophie’s Choice is packed with hard decisions.

Tragic, yet in many instances humorous, the story of a woman who survived the Holocaust to restart her life post-war in Brooklyn captivates the narrator, Stingo, along with the book’s readers.

It may seem in surviving a tragedy of such epic proportions as the Holocaust, life can only get better. Sophie’s Choice complicates this belief by allowing snippets of her story and continued hardships to come out over the length of the book.

Prepare to be both deeply saddened and incredibly moved.

For many Americans, WWII stands out as a time of honor, patriotism, and mystery.

Atonement, which begins in 1930s England and focuses on this war, exemplifies both personal tragedy through a 13-year-old’s mistaken assumption concerning a delicate situation and the horrifyingly painful experience of war in Europe.

The story twists and turns through the 20th century via the lens of Briony, who is 13 at the beginning, and the impact her mistake makes on the lives of her sister and her sister’s lover.

If you haven’t seen the movie, be sure to read the book first!

At 864 pages, better save this one for a long-haul flight.

One of the most beloved classics of all time, Anna Karenina not only tells the story of love and adultery, but also paints a magnificent picture of Russia in the late 19th century.

It is obvious early on in the novel that tragedy will befall the main characters, but throughout the novel questions are posed and events that occur will make you ponder your own beliefs and values in deep and profound ways.

This is another novel that will more than likely last the duration of your trip and several weeks after you return home.

What’s the saddest novel you’ve ever read? Which ones did I miss?

Main image: A woman engrossed in a novel at Detroit airport. Photo by Geoff LMV.

6 thoughts on “8 Beautiful Books that will Make You Weep”